Back Surgery for a Herniated Disc?

When faced with crippling back pain, many say they are willing to do virtually anything to get rid of it. They want the pain gone - right now.

A typical scenario leading to back surgery starts with over-the-counter pain medicines like ibuprofen. Then a call to the family doctor. Followed by a referral to a specialist and a diagnosis.

Various treatments such as prescription and anti-inflammatories, cortisone shots, and physical therapy are tried. After several weeks or months of continued pain, back surgery is presented as an option.

Sorry to disappoint, but happy endings from back surgery are less common than most realize. In fact, the long term success rate is so abysmal it's the only type of surgery with its own medical establishment term for failure: Failed Back Surgery Syndrome. Even when back surgery provides pain relief, the pain often comes back later if the underlying cause is not addressed.

While there are some cases where back surgery may help, it truly should be considered a last resort option. Sadly one of the most successful options to consider first is also one of the least understood in the traditional medical community: muscle balance therapy. The reason muscle balance therapy succeeds where other options fail is because it gets right to the source of the issue.

Let's work backward so you can see my point. First of all, recognize that pain isn't the problem. It's merely the symptom of a problem, often one which has been present for a very long time but finally became serious enough to become noticeable.

That problem causing the pain is where you will typically get a conventional diagnosis, such as a pinched nerve from a herniated disc. What this diagnosis almost never tells you, outside of clear cut cases of trauma, is what caused it. Bending over a picking up a fairly light object shouldn't throw your back out, but it happens every day. Yet it wasn't the one act that caused the problem. It's the culmination of months or years of stress and that one incident was the proverbial straw that broke the camel's back.

But where did it come from? The answer is postural dysfunctions. When bones remain in an abnormal position, uneven and excess stress is placed on the joints like spinal vertebrae. Over time, this uneven and excessive compression and torsion causes discs to bulge or herniate.

But that's still not the root of the problem for most back pain sufferers. As one customer of the Healthy Back Institute said some time ago, "Bones only go where our muscles put them." How true.

Ultimately, it's muscle imbalances that play the largest role in postural dysfunctions, and ultimately, most cases of back pain.

How do muscles put your bones in the wrong position? Put simply from a muscle imbalance where one muscle which gets used frequently becomes stronger than an opposing muscle which is underused and gets stretched out of shape.

That's where exercise for back pain comes in. While many doctors are more than happy to give you a sheet of back stretching exercises, they aren't specifically targeted to the imbalances present in their patient. In fact, they give the exact same set of exercises to every patient! That's where muscle balance therapy is different.

Reversing muscle imbalances requires first identifying what specific postural dysfunction is present. Then using that information, one can work on strengthening the weakened muscle and stretching the taut overworked muscle. Muscle balance therapy helps you recognize postural dysfunctions and provides the appropriate strengthening and stretching exercises for that specific issue.

So why don't more people know about muscle balance therapy? Two reasons. First, most people, including doctors, just aren't aware of it.. Second, stretching and strengthening exercises take some work. Results won't always happen overnight. But it's worth the effort before committing to something as drastic as back surgery to end back pain.

Jesse Cannone is co-founder of the Healthy Back Institute and author of "The 7 Day Back Pain Cure". Get the facts on what's really causing your pain here https://www.losethebackpain.com/conditions 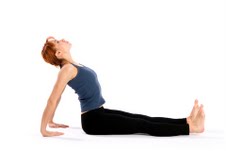 The Healthy Back Institute
Gaithersburg, MD
Back to Articles
Next Article | Previous Article

Back Surgery for a Herniated Disc? - United States